What is Attention Deficit Hyperactivity Disorder or ADHD ? 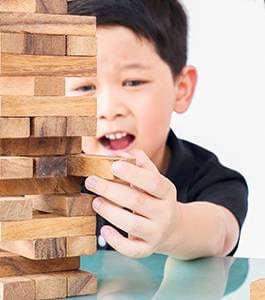 Attention Deficit Disorder (ADD/ADHD) is a common childhood behavioral disorder affecting the child’s ability to focus, organize and complete a task. They often act impulsively without thinking and are easily distracted. Though this type of behavior is common among children what differentiate ADHD from normal children by the persistence of symptoms and affects the child’s academic and social life. The primary symptoms of ADHD are inattention (lack of focus), hyper activeness (restlessness) and impulsiveness. The degree of symptoms varies from child to child but depending on the dominating indications ADHD is classified as Predominately Inattentive, Predominately hyperactive, or Combined.

The primary symptoms of ADHD are
Inattention: Here, mainly children lack focus on completing tasks and appear daydreaming. The children may be:

The exact cause for ADHD is not known though there are many theories. The risk factors are

There are no single diagnostic tests for ADHD. It is based on analysis and assessment of a child’s behavior pattern, cognitive skills and development by trained doctors or psychologists depending on the persistence of symptoms, age of the child and symptom severity.