Doctor!! My child appeared so normal. Don’t know what happened, all of a sudden he stopped speaking, and started flapping his hands. He stopped responding to his name and keeps looking at his fingers, said Mr. Singh* when he visited our clinic. He and his wife visited Dr A M Reddy Autism Centre along with their 4 year old child, Ram*.

Ram was the second child to his parents. He had an elder sister who was about 10 years. Mother was detected with hypothyroidism after her elder daughter’s birth and was on Thyronorm 50mcg. In between both the pregnancies mother developed clinical depression and was kept on anti depressants too. As they did not conceive naturally even after five years of their elder child birth, their consulted gynecologist and took medications after which she conceived with Ram. Father was diagnosed with Hypertension one year before Ram’s pregnancy.

During pregnancy initial three months mother was given hormonal medications to prevent miscarriage. Mother did not have much nausea or vomiting during pregnancy and everything was well. Amniotic fluid was sufficient, fetal movements were adequate and growth was apparently normal. In seventh month of pregnancy mother had transient hyperglycemia and was recommended diet to control sugar. About end of eight month mother had severe cough and mild fever for which she took medicines recommended by her gynaec. Elective C-section was planned two weeks before due date as mother developed preeclampsia. Child was born with birth weight of 3.5 kg, and birth cry was immediate. 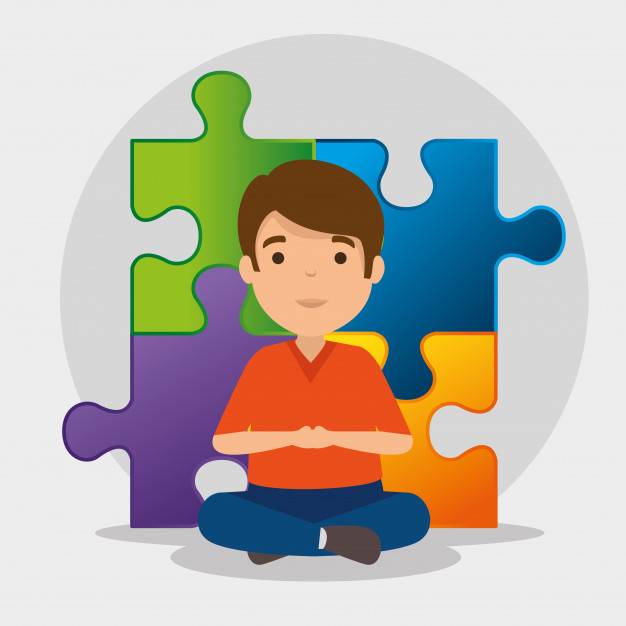 Neonatal period was apparently uneventful except for mild jaundice on 3rd day. Child was developing well and milestones like neck holding, turning, crawling, sitting were on time and till he was one year old no major illnesses except for occasional colds and mild diarrhea during dentition. When the child was about a year old, they had gone to US and seemingly adjusted well. By the time they left India child could walk and was able to speak few words like Dada, Mama, etc. He had social smile and was generally friendly. Around 14 months he had severe ear infection for which antibiotics were given and it subsided, but in a short span of time there was re-occurrence of ear infection.

From then on child kept having repeated ear infections. About 20 months he had severe chest congestion and they had to use nebulizer and antibiotics. After that they noticed changes in his behavior. He became more withdrawn, aloof and stopped responding to name call. They attributed his behavior to more screen watching and parents unable to give much time as both were working. Then mother decided to stay at home, started avoiding mobile phones and television but still there was no change in his behavior. He would not interact with his sister, was least interested in playing with toys except car toys. He use to love playing with wheels of the car and was physically very restless with very little sitting tolerance.

Parents consulted various doctors, got Bera test, EEG and various scans done which did not report any abnormalities and doctors all confirmed the child was Autistic. Parents were shocked and in disbelief, it was like the world collapsed around them. On advice of doctors their started early intervention program but it was a slow progress and finally, on one of their friend’s recommendation their approached Dr Reddy garu. 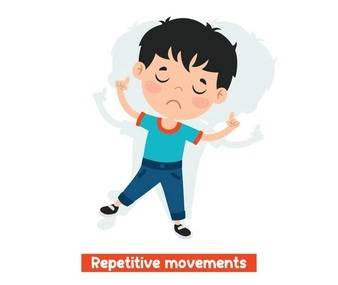 At the beginning of treatment child was still physically restless, with sitting tolerance of five minutes, He was still not mingling with other children of his age group. He was more attached to his mother and could follow few simple commands of hers. He had echolalia, would repeat words said to him but never initiated any conversations and the words were also lacking clarity/ He could identify. He would not address parents as parents but could recognize them.

He did not show signs of possessiveness, jealousy or emotional understanding. He was oversensitive to sounds and any new activity would meet with stiff resistance from him. He use to like jumping and would flap his hands when excited. Ram was generally timid child and takes time to meet strangers; he was scared of dogs, if the room is dark and loud sounds. He was a non aggressive child, never harmed any one or himself. If children were playing he would not try to mingle with them, nor take any interest in them. He loved food, his bowels were highly constipated, and sleep was late but once asleep would sleep without disturbance.

After going through the child’s history the probable primary causes for child’s autism were mother having thyroid, hormonal medicines taken during pregnancy and gestational diabetes while secondary/trigger factors were considered to be the suppressed infections. Based on the case details Dr A M Reddy gave single dose of the Similimum to be taken once in two weeks. In the subsequent visit parents reported that his bowels improved and the child was having some cold without fever. Same medications were continued for few months in which child started taking interest in his surroundings, showed signs of possessiveness and speech became clearer though he still would not initiate conversation.

After eight months of treatment, Dr Reddy gave one dose of Special medicine and later his similimum was given once a week. Now he could communicate little, like expressing his wants, was able to play games like hide and seek, passing the parcel, echolalia stopped. Further treatment was continued and  child is progressing well.