Doctor, everything was so perfect. When we planned for a second child, we consulted a gynecologist who said everything was fine. When he was born, we thought our family was complete and were very happy. Our world came crashing down when we realized something is wrong with him, and his pediatrician diagnosed him with Autism. Will he become normal? Will he speak and behave like any other child? We came to you with lots of hope. Please help us, doctor, cried Mrs. Rao*. Rahul* was their five-year-old second child. The details of the case are described below.

Rohith was the second child to parents. The age difference between the firstborn and him was about seven years. As per the parents, there was no history of any abortions and contraceptive methods like oral pills or intrauterine devices. Pregnancy was conceived naturally and was uneventful. More questions were asked about the health of parents before pregnancy. Parents recollected that about four months before pregnancy, the mother had typhoid fever. The child was born by C-section because of a previous cesarean section. The birth cry was immediate, and his birth weight was 3.2 kg. The age of parents was thirty-two and thirty-five years respectively.

From the time he was born, he was slightly different. He used to cry with breath-holding spells frequently. If any newcomers were there in the house, he uses to call till they left. Rohith was also allergic to milk because of which he was introduced to solid foods very early. As per parents, except for seasonal bouts of cold and cough child, there was no history of any skin ailments or seizures or any major illnesses.

When compared to the elder child, Milestones were slightly late, walking started after the first birthday, and speech was delayed.

The Behavior of the Child

Rohith was always in his world, engaged with himself. He would respond only if something is of interest to him; else, he would be busy with his activities. Eye contact was moderate. Parents also revealed that he seems to have mood swings, one moment, he is very excited and starts running from one corner of the room to another or starts hand flapping, and in another moment, he is very cranky and starts crying beating himself on his head. He did not have the feeling of jealousy, but he always wanted importance.

Anything brought to the house has to be given to him first, else he would get upset. If he was disturbed or his demands were not fulfilled, then he would get irritated and would start crying loudly. He would also try to hit his parents, especially his mother, and sometimes in anger, would bite his hand. He was a very stubborn child, and his parents had a tough time diverting him. He had no fears or danger identification. He used to get injured frequently because of this, but he continues to be careless. If the door is open, he would just run out because of which parents were always anxious. He is pretty indifferent to his surroundings; even with his brother, he does not mingle much. He would be uncomfortable if he is taken to anyone’s house, he would be so cranky that his parents have stopped going out. 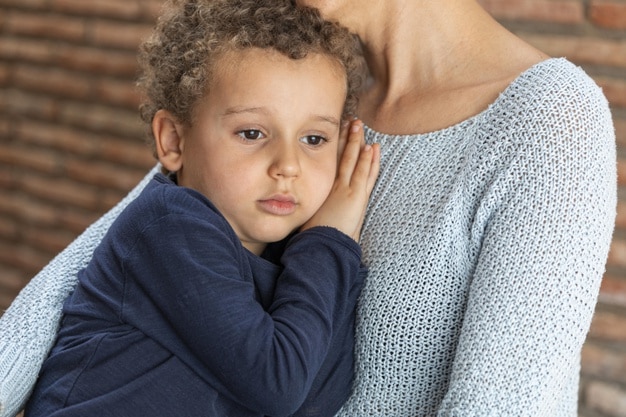 The mother also revealed that he seems not to like wearing clothes. It would be a herculean task for her to dress him up after bath. He enjoyed music, especially religious music, and it seems to calm him down. Cognitively he could identify colors, alphabets, numbers, and shapes. He would repeat what others spoke and could label few pictures but could not frame sentences yet. Initially, they have given him therapies, but they could not continue with treatments due to a change of place. Initially, parents also tried to provide psychiatric medications, but due to side effects, they stopped.

Rohith had canine hunger. Thirst was moderate, desired sweets, especially chocolates, soft drinks, ice cubes, and lemon.  He would take ice cubes from the refrigerator and chew them. His bowels were once in two days, and urine clear. Perspiration was not much. He would sleep late in the night, but it is normal without any disturbance once he sleeps. He had the habit of chewing on his nails, and the thermals were hot.

After the case taking, Dr. A.M. Reddy analyzed all the points, observed the child with his experienced eyes, and diagnosed him with Moderate Autism. The probable causes were the gap between pregnancies and history of infectious fever before pregnancy. The family history of endocrinal disorders could have increased the risk, and the breath-holding spells increased the symptoms but were not the prime factors. Based on the cause and the child’s behavior, Dr. Reddy prescribed him Similimum to be given once in two weeks. In about six months, their parents reported that his anger and habit of harming himself and others have come down, and he has started taking an interest in his surroundings. He continued to do well as treatment progressed.