A five-year-old boy was brought to Dr A M Reddy Autism Centre with the complaint of hyperactivity, and he is an Autistic child with Speech delay and no social interaction with others.

The child was born to consanguineous parents, three years after marriage. Both the parents were healthy. Family history of diabetes mellitus was positive (maternal grandfather). As per parent’s information, pregnancy was uneventful; the child was born by full-term delivery through c-section because of umbilical cord around the neck. His birth weight was 3.2 kg & his birth cry was immediate. His milestones were as per expected norms with delay in speech. His response to name-calling & eye contact was good up to 2 years. 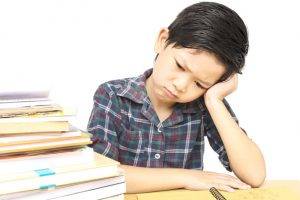 After 2 years of age, parents observed changes in his behaviour. He started becoming more restless, continuously moving here and there, he preferred playing alone and did not take interest in his peer group. Stereotypical actions like jumping, hand flapping, spinning became more frequent. He seemed to be lost in his own world, his response to name call completely reduced and eye contact became very rare. He was taken to different doctors and was diagnosed to be autistic.

When he was brought to the clinic his delay in speech was yet to develop though he could make some sounds. Response to name call and eye contact was inconsistent. Concept of sharing was not yet developed and his cognitive skills were not as par with other children of his own age group. He had anger tantrums when his demands are not fulfilled immediately. Very obstinate, whatever he thinks it has to be done. If he liked something in other’s hand, he would just grab it, if the other person did not give, then he would hit them or bite them. He had fear of darkness, loud sounds & fear of seeing down from heights. He likes music which usually excites him and dances to the beat.

He was a foodie and liked tasty food. If it is his favourite food, he would not wait and takes more than he needs. He is usually awake till midnight, parents complained that he becomes more active before sleep and it is a herculean task to make him sleep. They have to switch off all lights and be completely silent so that he sleeps. On switching off lights he becomes cranky and keeps crying loudly. Recently they have started using sleep gummies to make him sleep. during sleep, he needs the physical touch of his mother and even with the slightest sound, he would get up.

There were teeth grinding both during day time and in sleep. He was not toilet trained and his bowels were constipated, he goes to stool with difficulty and passes very hard stool once in 2 days. He feels more discomfort in hot weather and desires to switch on the fan even in winter also. He sweats more, especially over forehead and neck even in the winter season and whenever is physically more active.

Based on detailed case history a single dose of amr 02 was given and was on regular follow up, his sleep improved and his hyperactivity before going to sleep was controlled. His stools became more regular and softer.

After six months of treatment, his delay in speech was treated and it improved; he could say few words… Further as treatment progressed his vocabulary improved, started taking interest in his surroundings and was generally progressing well.

Now his eye contact was persistent towards another person while talking, and started observing children of his own age group playing and started to imitate a few of their actions. Now he was following one-line words/sentences.

His obstinacy was controlled than previous. His attention /concentration during activities at school /home has improved. His observation towards surroundings improved. His aggressive behaviour reduced and anger tantrums came down. His stereotypical gestures like hand flapping, clapping hands, spinning was controlled. His sitting tolerance not only in activities but also at other times was improved. His writing skills started improving, as the treatment progressed, he started improving well to the parent’s satisfaction.