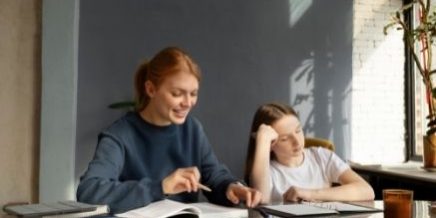 Dr. AM. Reddy Autism Centre is ideal for families to deal with emotional and behavioral disorders. They have numerous desirable measures that make them excellent for offering efficient mental health treatment to children and adolescents. You may be reviewing this checklist because you are interested in one of these specific diseases or seek information about emotional and behavioral disorders in general.

We refer to psychological issues by several “umbrella” words, such as emotional disturbance, behavioral disorders, or mental disease. A vast range of particular diseases differs in their features and treatment under these umbrella words. These include:

In any event, please keep reading to know what various emotional diseases have in common, how they are classified in federal law, and where to discover more thorough information on individual disorders.

Emotional and Behavioral Disorders: What Are They?

A child’s capacity to be successful in school, manage thoughts and behaviors, and be happy in general is harmed by emotional and behavioral problems. These disorders impact the entire child, including feelings, actions, social development, and cognitive performance. Children with E/BD have a difficult time coping with life’s many demands.

As stated in the IDEA definition, emotional disturbances can impact an individual in areas other than the emotional. The mental condition may harm a person’s physical, social, or cognitive abilities. The National Alliance on Mental Illness (NAMI) says it best:

Just as diabetes is a pancreatic disorder, mental disorders are medical conditions that frequently result in a reduced ability to cope with everyday life responsibilities.

The following are some of the characteristics and behaviors observed in children with emotional disturbances:

Many children who do not have emotional problems may display some of these similar behaviors at various stages of development. When children encounter an emotional disturbance, though, these behaviors might last for a long time. Their behavior suggests that they are unable to cope with their surroundings or classmates.

It is something we all face from time to time, but anxiety may be intense, chronic, apparently uncontrolled, and overpowering for many individuals, especially children. An unreasonable fear of ordinary circumstances may be involved. This high degree of anxiety indicates that a person may be suffering from an anxiety disorder.

According to the study, anxiety disorders are the most frequent mental conditions affecting both children and adults. They are also quite curable. Unfortunately, only around one-third of people who are impacted obtain treatment.

Bipolar disorder is known as manic-depressive disease. It is a serious medical condition marked by extreme mood fluctuations that range from “high” and irritable to despondent and hopeless, and back again. Severe alterations in energy and behavior accompany these emotional swings.

Most people with bipolar disease can have mood fluctuations. They accompany the signs stabilized over time with a combination of medication and psychological counseling.

Conduct disorder is a collection of emotional and behavioral issues that affect children. Children and teenagers with this disease struggle to follow the rules and behave in a socially acceptable manner. This might involve the following behaviors:

Even though conduct disorder is one of the most challenging behavioral diseases to treat, young people frequently benefit from a variety of services, which include:

Extremes in eating behavior—either too much or too little—or emotions of intense anxiety or concern over body weight or form define eating disorders. Females are far more prone to develop an eating issue than guys.

Binge eating is classified as an eating disorder as well. It is characterized by excessive food consumption while feeling powerless to control how much or what is consumed. Unlike those who have bulimia, people who binge eat do not generally purge afterward by vomiting or using laxatives.

Together with careful attention to medical and nutritional needs, psychotherapy or counseling is the most effective and long-lasting treatment for an eating disorder. Certain medicines have been demonstrated to be beneficial. Ideally, whatever treatment is provided should be personalized to the individual, and this will vary depending on the degree of the disease and the patient’s specific issues, requirements, and strengths.

Obsessive-compulsive disorder, sometimes known as OCD, is a kind of anxiety condition (which was discussed earlier in this fact sheet). Obsessive-compulsive disorder (OCD) is characterized by recurring, unwanted thoughts (obsessions) and repeated activities (compulsions). Repetitive actions (handwashing, counting, checking, or cleaning) are frequently conducted to prevent or remove obsessive thoughts. However, executing these so-called “rituals” brings only brief respite, and failing to complete them increases anxiety.

According to researchers, OCD is caused by a chemical imbalance in the brain. Most persons with OCD should get one or more of the following treatments:

Another known name for severe mental diseases that induce aberrant thoughts and perceptions is “psychotic disorders.” Illusions and hallucinations are two of the most common symptoms. Fantasies are mistaken beliefs, such as suspecting someone of scheming against you. Hallucinations are mistaken perceptions, such as hearing, seeing, or experiencing something that isn’t there. One sort of psychotic disease is schizophrenia. There are a few more.

Treatment for psychotic diseases varies from person to person, depending on the disease at hand. The majority of patients are treated with a mix of medicines and psychotherapy (a type of counseling).

Families generally require assistance in understanding their child’s disability and addressing the needs that develop due to the condition. Positive autism professionals that operate in the field can assist you. To address emotional and behavioral disorders, every state and locality has a network of mental health support services.

To locate assistance services in your area or state, please visit our website or call us. Specialists can connect you with local resources such as support groups, which provide connection and understanding, information, referral, and support to those suffering from emotional and behavioral disorders.