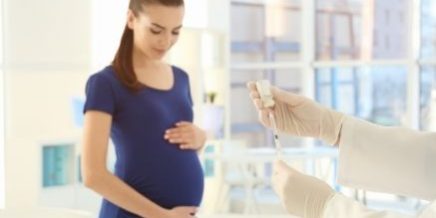 A young, smart business-woman visited our clinic and said that her son had been suffering from Attention Deficiency and other Behavioral Disorders for five years. She had first noticed it at the age of 03 years. But it was diagnosed one year back by a specialist, and he said that the over- medication is the prime reason for the kid to suffer from disorders. She had seen a rapid increase in kids’ activity from the last 3 – 4 months. He would read at times.

There were multiple behavioral expressions on the right side of the face after getting treatment using homeopathic therapies. She said to the expert that she had undergone cauterization six years ago. She had an average appetite for chicken. She could not tolerate the warm weather. Her thirst, urine, bowels, and sleep were normal. She hailed from Mumbai, who had elder brothers who happened to be twins. Coming to her parents, they were retired and supportive.

She had been married seven years ago. It was a love marriage; there was an excellent understanding between the couple. She was staying with her in-laws. Her husband owns a resort in Goa. She would frequently accompany him to Goa for business issues.

Like most married women, there were adjustments with her in-laws, which were often stressful at times. The familial in-law’s issue would disturb her, and she would keep thinking about it. This increased the stress levels for longer periods.

She was very sensitive, and at times she didn’t express her stress or anger. She had limited friends. She was reserved. Her resort was undergoing renovation for the past few months, which had been stressful as she was handling it. She was a perfectionist. Her parents were suffering from health disorders as she told her father had warts and mother exhibited diabetes and thyroid issues.

She was happy during pregnancy dreaming about her unborn movements and different upbringing in a smooth way. She had taken extra care about simple things to have a smooth pregnancy and relish unborn activities such as kicking on the stomach wall with tiny legs, somersaults, and other motions in the womb. She even let her family experience a few gestures by placing a hand on her stomach during pregnancy.

The over- medication before or during pregnancy left her to deliver a kid who has autistic symptoms. She rushed to the expert soon after noticing her kid is not reacting to commands such as clapping, crawling, and other activities which other children exhibit at that age. She explained to experts about the situation of the kid and requested to make her kid healthy.

The expertise noticed that the kid had autism as he could not perform daily chores independently. He explained the disorder, known as autism, which can be cured by using homeopathy medicine. He added that autism is a neurological disorder that affects the behavioral changes of the kid, and no two autistic people generate the same symptoms.

The expert revealed all the possibilities for the kid to reverse autism which is good news to her. She was worried about the kids’ future, and she left no stone unturned about her piece of heart (son). Upon proper appointments with the physician, the kid has improved his health.

After two months of proper medication from Homeopathic experts of Positive Autism, she noticed that her son is active and responding to the activities independently. Positive Autism experts are one of the best Homeopathy Treatment for Autism in India. She is overwhelmed with the improvement of her kid in a short duration. She accoladed the expert for the recovery of her kid from the disorder and reverse autism.

While it is still eventful about autism that remains an enigma, examination scientists make discoveries every day.