A five-year-old boy was brought to the clinic by his father suspecting developmental disorders. He was firstborn to a non-consanguineous couple. The parent’s age was 32 and 35 years respectively when he was conceived. Mother had a history of irregular periods and was undergoing treatment for that when she conceived. Father was a habitual smoker and social drinker.  Pregnancy was uneventful except for a few episodes of heartburn for which she has taken ranitidine tablets. Delivery was natural and full-term; birth weight was 2.8 kg and the cry was immediate.

Five days after he was born, he had to rush to an emergency as he aspirated milk into the lungs and was in the hospital for 3 days. After his discharge, his growth was apparently normal and he was also babbling few words but after 18 months they noticed that he seemed to be lost in his own world and speech regressed. At the age of 18-24 months, he was given antibiotics due to frequent cold, cough, and fever. He also had recurrent ear infections for which he was given antibiotics. He also had an attack of dengue fever last year; he was given allopathic medication. 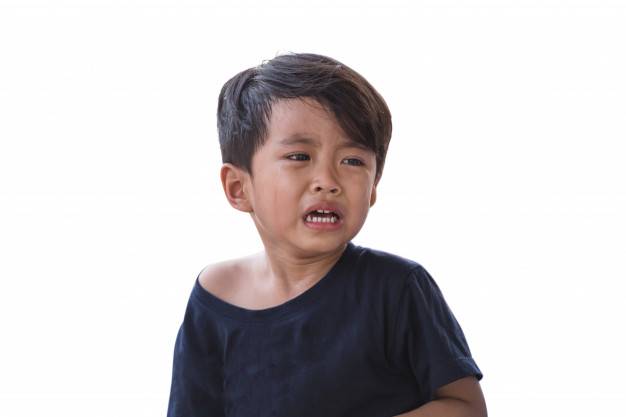 Along with the delay in communication skills on of the developmental disorders. He was very restless physically, can’t even sit in one proper place, continuously roaming and babbling. He would seat functionally only when playing with toys. His eye contact was poor, response to name call and following commands or instructions is not consistent. He doesn’t pay any attention to play with other children. He was in his own world doesn’t recognize surroundings. He was not even expressive to emotions. There hasn’t been any interest to share his toys or his belongings to his own sister or other children.

If he becomes aggressive, he used to throw things, tear papers and clothes too. He was usually most excited about music and interested too. He appeared to be careless while crossing road, stepping stairs, jumping from heights of tables or chairs. He laughs without reason sometimes. He used to be generally a cranky child.  If the mother carries other children or if parents are generally busy with themselves then he used to feel upset and cry to draw attention. He did not like anything even a morsel of rice stick to him, he wanted everything neat and clean.

He had few stereotypical behaviors like flapping, lining up toys, spinning, etc. He had fear of darkness and dogs and was sensitive to sounds to which he used to close his ears.  An emotional understanding was almost negligible, he cannot wait his turn, and his needs have to be fulfilled immediately. Cognitively he could not yet recognize alphabets, colors, and shapes. Developmental disorders like irregular bowels, sleep disorders are with the child, and the remaining physical health was normal.

Based on his case study and observations we diagnosed the child with developmental disorders, a single dose of xxxxxxx 1m was given and was put on regular follow up. In a few days, his bowels and sleep pattern improved. Over a couple of months, eye contact improved, his ability to follow instructions improved and he is progressing well.