A six-year-old girl child was brought to Dr A M Reddy Clinic.  She was a bright kid, and after initial hesitation, came readily to Dr Reddy. After becoming comfortable, she started exploring the place and was on a constant move, trying to pull the telephone wire, pick on the items put on the table, etc. The more the parents tried to stop her, more was her naughtiness. Doctor enquired the case details suspecting speech delay in kids.

The main concern of the parents was her lack of communication. She could understand everything but would not verbally communicate. She had a very limited vocabulary and even those words lacked clarity and she could not string a sentence. When parents asked her repeatedly, she would respond occasionally and when asked to repeat would not repeat the word. At home she is on a constant move, jumping, climbing and running here and there unless she is given a mobile phone. 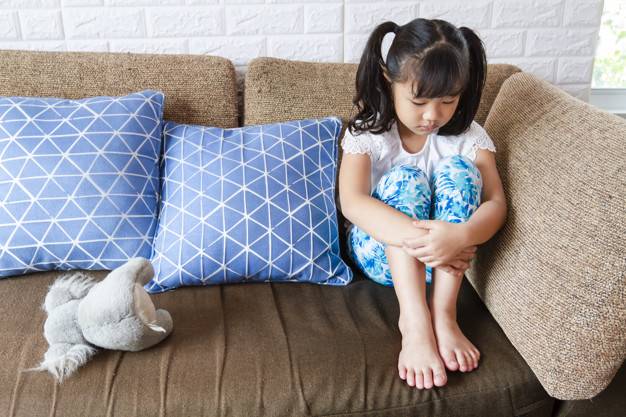 Once when a mobile was given then she would sit in one place, constantly staring at the screen. She would like to interact with children who are older than her. Though she was a mischievous child, she never hit anyone and was non-destructive. As per her parents though the child did not have aggressive behaviour but she is very stubborn and can’t be diverted easily. If she wanted something, she would continuously cry till her demand is met.  She liked to wear new clothes, admire herself in the mirror and use to become happy.

She liked company of people and if relatives come over then she would become excited and when they leave use to cry. She was scared of dogs and sound of a cat, otherwise, she did not show any visible fear toward darkness, sounds, crowds or being alone. She always wanted to be given importance by parents and would display jealousy if they caressed another child. She would take toys, eatables from other children but would not share her things with others. She was very organized and after playing would put back things back in place neatly.

Her birth history was enquired by the doctor. Parents narrated that she was their second child. The elder child was also a daughter and she also had a mild speech delay. Speech delay in kids was observed. The age difference between both the children was seven years. Initially, they did not want another child, so used physical methods to avoid pregnancy. After planning for a second child, the mother had one spontaneous abortion of 8 weeks pregnancy but conceived immediately again.

During pregnancy, the mother did not have any major complications and the child was born by C-section. The birth cry was immediate and birth weight was within normal limits. Postnatal there was no major complications and the child was progressing well and her milestones were as per standards. Around 9 months of age, she had a bout of severe diarrhea and vomiting for which she was admitted in the hospital for three to four days, after this, her development slowed down.

Walking was slightly delayed and speech did not develop till two years of age, eye contact and response reduced. On the recommendation of the pediatrician, she was joined in therapies where her eye contact and understanding improved but the speech was slow hence, they came to Dr Reddy. Her appetite was good, drinks adequate water, was partially toilet trained bowels regular; sleep was normal and was sensitive to cold.  After a detailed case analysis, she was given a dose of XXXX and was kept on regular follow up.  Slowly her vocabulary improved, speech developed more clarity and was generally doing well.

For more information on speech delay in kids, click here.